Once Upon the Tracks of Mumbai - a Good Debut Novel

Mumbai is a city which refuses to date despite the number of books written and films made on it. Upon the Tracks of Mumbai, by Rishi Vohra, mayn’t be among the best works on the city but Vohra effectively brings a part of the city alive to his readers through the eyes of Babloo, an autist who negotiates the difficult world of Mumbai in his day-to-day life. What makes the book touchy is that Vohra has used the first person narrative to detail Babloo’s travails, a supercilious brother, indifferent parents and condescending people Babloo meets on local trains, streets of Mumbai etc.

However, in the middle of this indifference, Babloo finds solace in his love interest, Vandana, a resident of Railway Colony, like Babloo. Once Upon The Tracks of Mumbai is from the genre of books that just sets out to tell a good story. However, some of them succeed and some don’t. Rishi Vohra’s book certainly stands out as a tale well told. Another thing I noticed while going through the world of Babloo is that the book is immensely filmable – the situations are well described and characters skillfully chiseled out.

Rishi is a debutant author and his first book suggests that there is a lot in store.
Posted by indrablog at 6:03 AM

Labels: book review, Once Upon the Tracks of Mumbai, Rishi Vohra

Life of Pi - a Movie That Disappoints and Delights 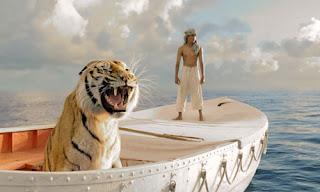 Who is Stopping by?

indrablog
India
Thanks for visiting my blog. Here you will find blogs on various topics. I don't want to delineate an area because later I might want to write on something outside it. So expect blogs on anything, such as book reviews, observations, office politics, friendships, etc. Most of my blogs would be on book reviews, though, because it's fun to have people read a good book you have read. There is nothing much to say about me. I am a documentation specialist working in an IT company. Apart from blogging, I like to listen to music, reading and sometimes maybe travelling.I also write short stories and have published one so far. To read my short stories, copy and paste the URL on a browser. http://www.editred.com/indrasish